Jody Kuczek, President of Minzek Quality Homes LLC, has more than 20 years experience in the home remodeling industry. Jody began his career as a home improvement renovator, immediately focused on meeting the needs of customers. He spent the next 10 years developing DFW Property Management, the original owner and manager of over 50 rental units.

Minzek Quality Homes, LLC was established in 2004 and has been providing quality construction services since its inception. Jody Kuczek, the owner and President of the company, began his construction career in the mid 1980’s. As a child Jody had a passion for taking apart and rebuilding things and dreamed of owning his own company one day. Jody takes great pride in all of his projects and it is important to him that his customers are 100 percent satisfied.

Growing up in Michigan farm country, Jody Kuczek was always in the middle of some project, sleeves rolled up, intent on making things happen. He and his dad fixed, built, re-built, and improved as a matter of necessity and independence. At his father’s side, he learned to understand and appreciate the way things work. It helped that Jody had a hefty measure of curiosity. As a kid, he once disassembled a watch to see if he could make it run backwards. To the astonishment of his parents, he succeeded.

“I have always been fascinated by building things — putting materials together to create something new. When I was about five, my parents gave me an electric train that was large enough to ride. I immediately dismantled the engine to see how it worked. My parents were horrified. They asked if I could put it back together, and I did.”

Jody also remembers building a little wooden house with masking tape shingles for his grandmother, with the promise that someday he would build her a real one. She has retired, and isn’t interested in a new home now, but she still delights in reminding him about the earliest days of his homebuilding career. Not too long ago, she gave him back the little house he built for her, which he keeps on display in his office. “Looking back, I realize that I have always felt a sense of pride and accomplishment in creating something lasting and beautiful.” 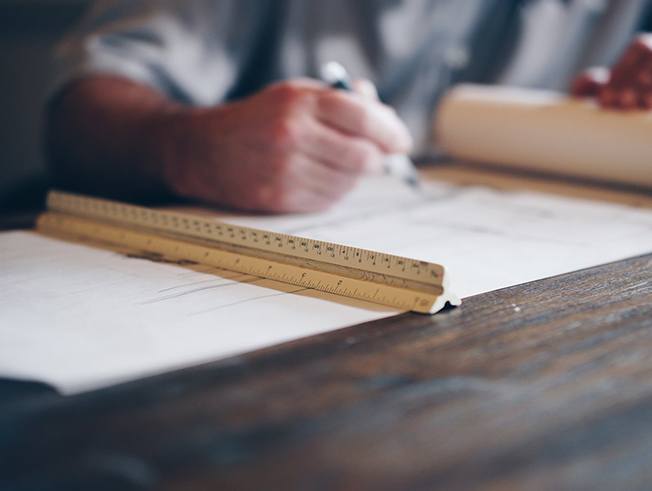 His first real jobsite experience came at age 16, when he assumed clean-up duty for a homebuilder. After watching how things were done, Jody eventually got assigned to nearly every aspect of construction. At 19, he moved to Texas and purchased rental property. He spent the next 10 years developing DFW Property Management, and is still the co-owner and manager of more than 50 rental units. As an adult, Jody put his grasp of complex systems to work. He owned a website design company (before moving on to real estate), and writes his own software.

As a property owner, Jody immediately focused on meeting the needs of his customers, which launched his career as a home improvement renovator. At the same time, Jody worked in the service-oriented airline industry, communicating with millions of people. It further intensified his commitment to the customer and to providing top-notch service at all times.

Jody inherited his family’s strong sense of integrity — doing the right thing. In the process of gutting and renovating aging properties, he developed the conviction that people deserved to live in homes that were built with pride and quality craftsmanship. The people who knew him best were confident that he was the right person to make that happen. “When I decided to go full force into new home construction I had a lot of support. My family, especially my brother-in-law, Brian encouraged me to go for it.” 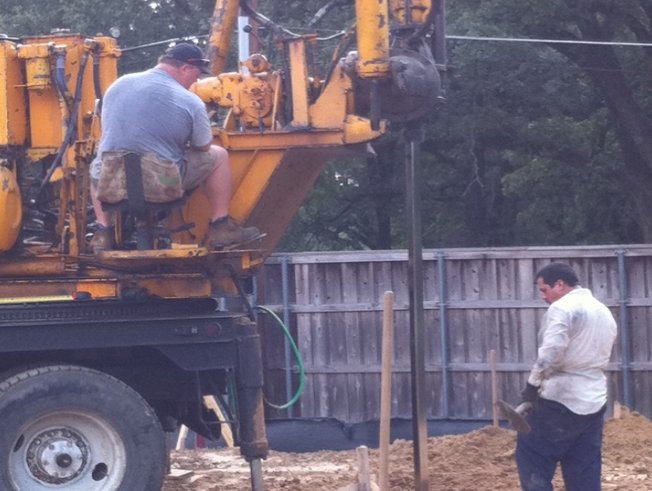 When he launched his own homebuilding company, Minzek Quality Homes, LLC, he put his beliefs and his experience into action, beginning with the word “quality” in his company name.

“Not every home is a ‘luxury’ home, but a home should be built to last regardless of the price point. My customers put their trust in me to be knowledgeable and to build with the best possible quality. I never cut corners or take shortcuts around the best construction techniques. I try to honor my clients’ trust by going beyond the ordinary and expected in every aspect of my day-to-day work, giving each and every homebuyer the best possible quality in return for their investment of money and faith.”

In his company name, Jody Kuczek also pays tribute to someone who believed in him. “When I set out to form a homebuilding company, one person provided the financial backing necessary for me to pursue my goal. I decided to honor him by incorporating his name into the company name along with my own. It’s not important who he is, but the important opportunity he gave me made my success possible.”

Like you might expect, Jody is an involved, hands-on homebuilder. He can be found on the jobsite on any given day, with his sleeves rolled up, wearing a toolbelt or painter’s clothes.

“My experience with home construction and remodeling began twenty years ago and continues to be my passion. I participate in all phases of construction from the slab to the rooftop, overseeing every step to ensure a quality final product.”

When a concern arises, Jody and his team tackle it head on. “It is easier to correct little details before they get overlooked and become big problems. I know that if I question anything, it needs to be addressed before we move forward.” It’s not unusual to see Jody on the jobsite, touching up paint or fiddling with some minute detail until he is satisfied.

Jody works with his crews and views them with respect and admiration. “It’s important that we function as a team,” he explains. “I work with the best professionals, who share my passion for excellent craftsmanship. We take what we do very seriously, but we also have fun together on the job.”

Minzek Quality Homes succeeds in accomplishing the visions of its clients by maintaining a close rapport and constant communication with them. Jody personally attends meetings, takes notes, and listens to his customers carefully. He goes to home shows and regularly contributes innovative ideas to the creative process. He frequently helps homebuyers incorporate a salvaged architectural antique like a stained glass window, an antique door, or a one-of-a-kind piece of artwork. He welcomes the unique requests and visions of his homebuyers, because he knows that every individual touch helps elevate a house to the status of “home” — a living, personal expression of its owners’ tastes, desires, and identities. 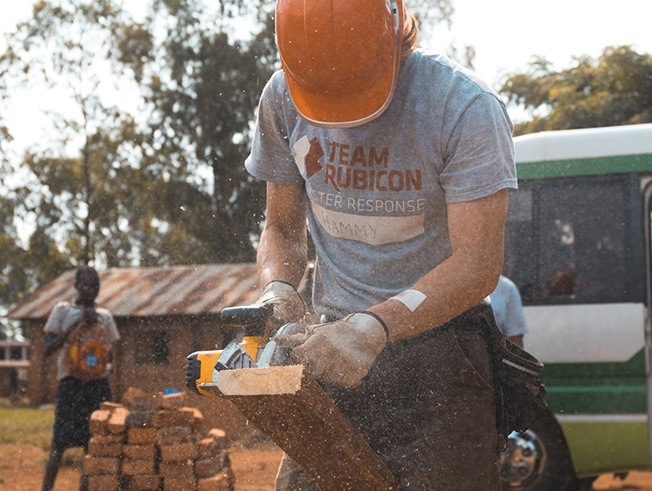 Maybe it was the airline experience, but relating to people from diverse backgrounds comes easy to Jody. To help one recent client with the process of designing their perfect home, Jody recently studied Feng Shui, the ancient Eastern philosophy of spatial design intended to create health, harmony, and balance within an environment. The elaborate discipline of Feng Shui includes numerous complex design dictates, such as clean, uncluttered lines, avoiding straight lines and sharp corners, and positioning entrances and exits to achieve the proper flow of energy. Jody embraced the challenge with the same curious enthusiasm he used to dismantle that watch three decades ago. “

Because everyone is unique, working with people is always fascinating,” he notes. “They keep my job interesting. I will do whatever it takes to make my clients happy with their new home. I enjoy building relationships and friendships with them as much as I enjoy building their homes.” He adds, “I feel so fortunate, because I look forward to every day. Homebuilding is not a job for me. I like every aspect of what I do — absolutely everything. Not many people can say that.” After nearly 20 years in the homebuilding and remodeling industry, Jody Kuczek remains intent on providing the finest design, craftsmanship and customer satisfaction standards, and on continuing to build a business whose reputation sets the bar high for his competition. For more information on Minzek Quality Homes, call 1-817-371-9040. 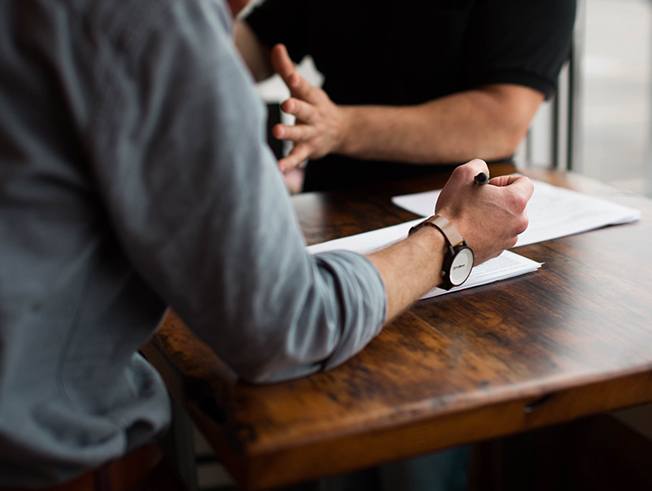 Minzek Quality Homes focuses on the ever-expanding pursuit of homebuilding excellence. Minzek Quality Homes is intent on providing the finest design, craftsmanship and customer satisfaction standards in the home building industry, and to continue to build a business whose reputation outshines that of our competition.